Equipment and vessels for sale.
Post Reply
12 posts • Page 1 of 1

My wife and I are going to sell our 1972 Grand Banks Alaskan 49. She's been well cared for, and we love her, but we're wanting to get a sailboat that we can do some longer distance cruising in.

In April I installed a Steelhead Marine 600lbs electric-hydraulic davit.

Those are definitely only partial lists.. It's actually really hard to think of everything that's been done off the top of my head haha. Anyway, the pilot house was painted last spring and the bulwarks and cabin sides were painted this month. We're currently working on refinishing the brightwork.

When I added the Davit, I bought a new Highfield 310AL and a 2012 Suzuki 15hp. I wasn't planning on selling this with the boat, but I might reconsider with the right offer.

She is currently kept in a covered slip. We also have a full canvas cover that extends nearly to the waterline.

Asking $190k. Located in Port Orchard, Washington. We may also consider trade for a center cockpit Sailboat in the 45-50' range. 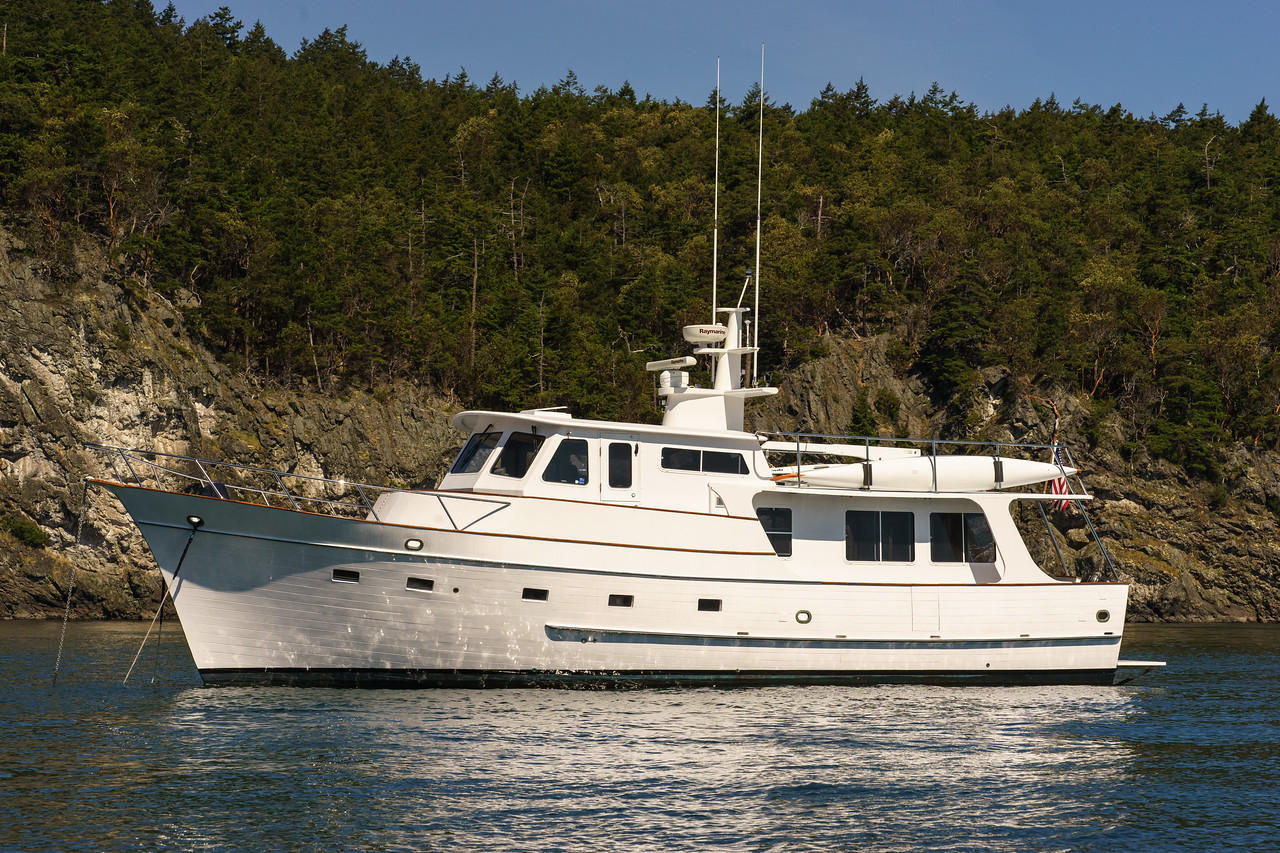 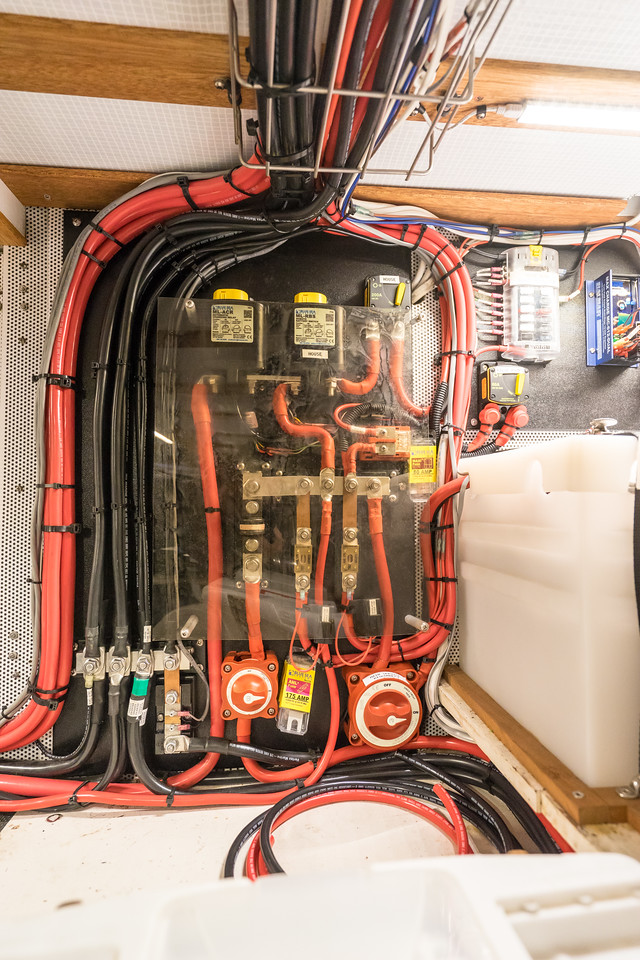 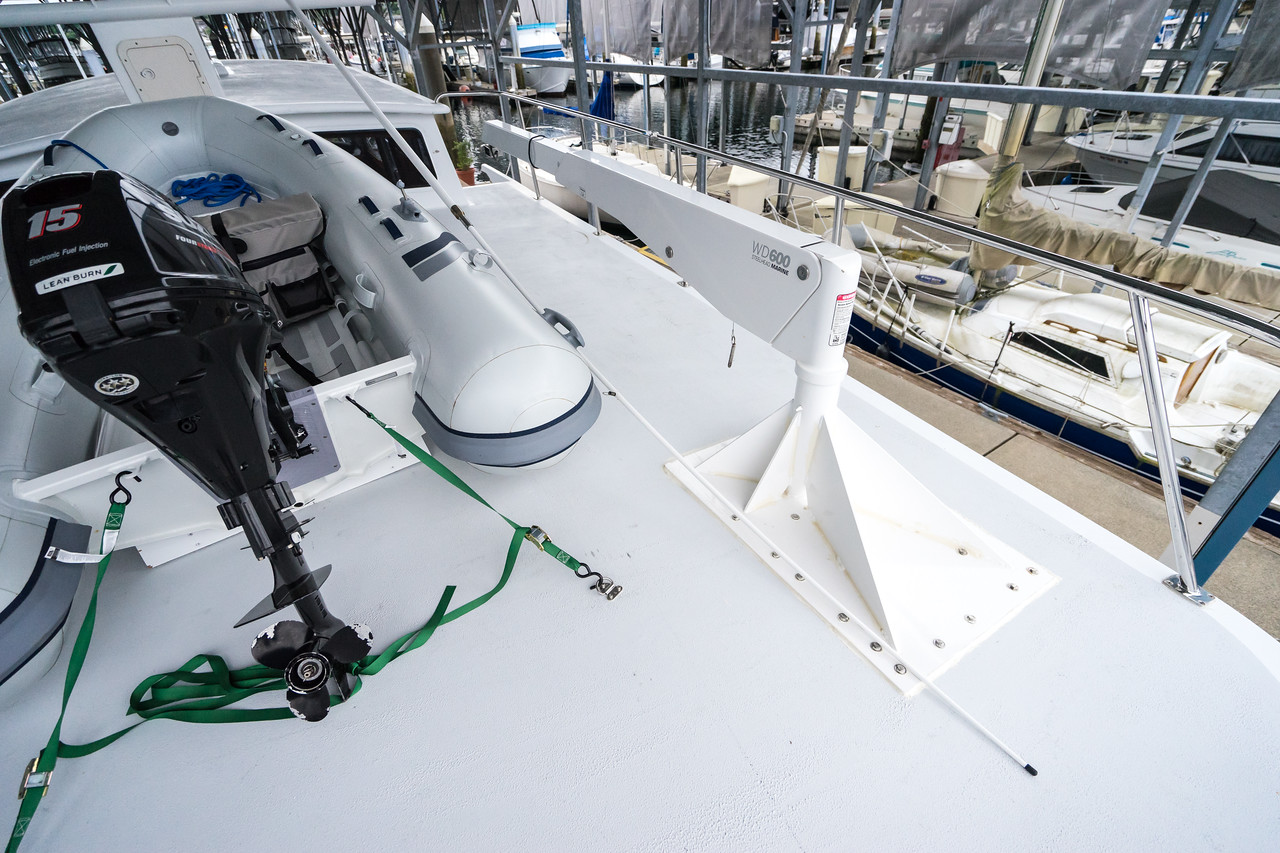 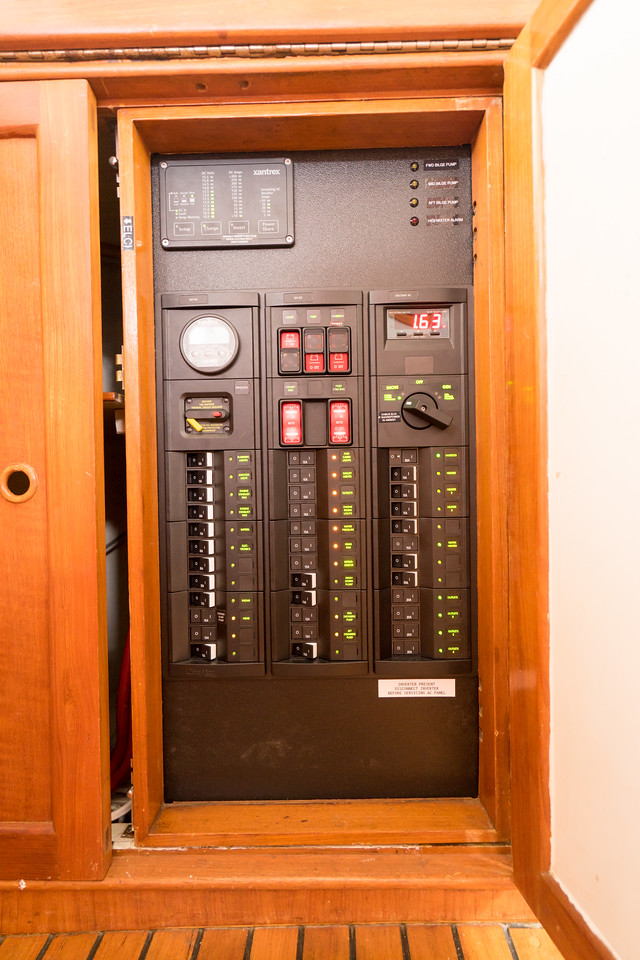 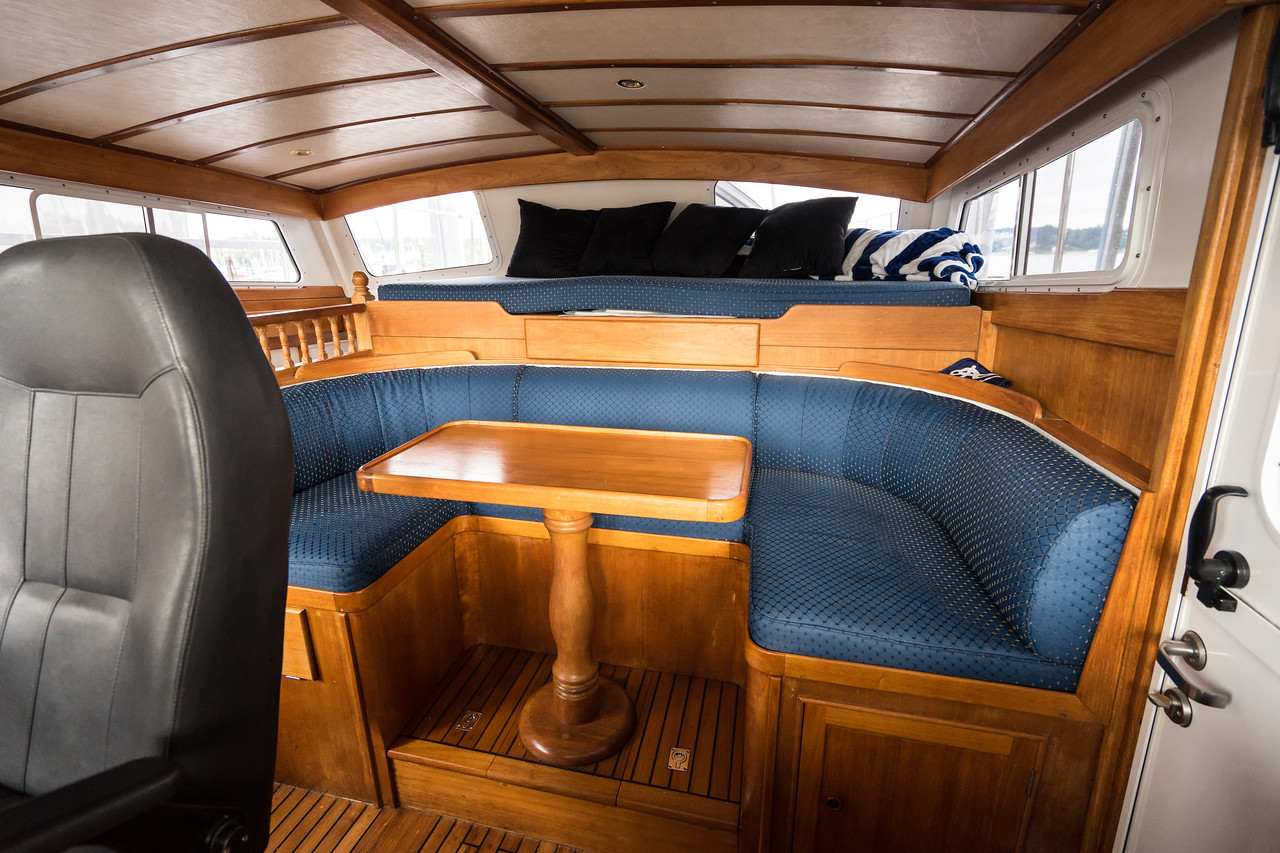 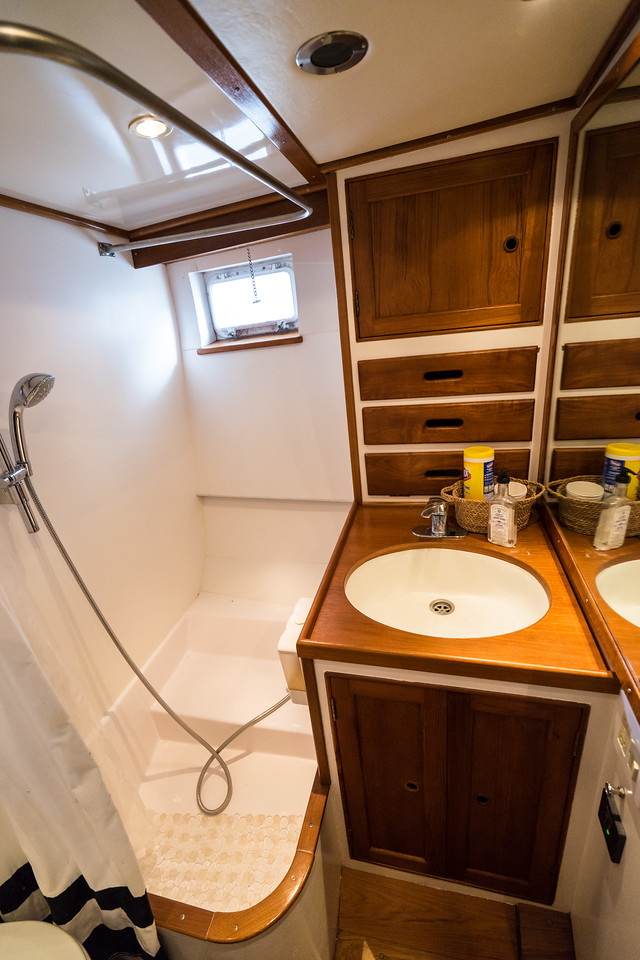 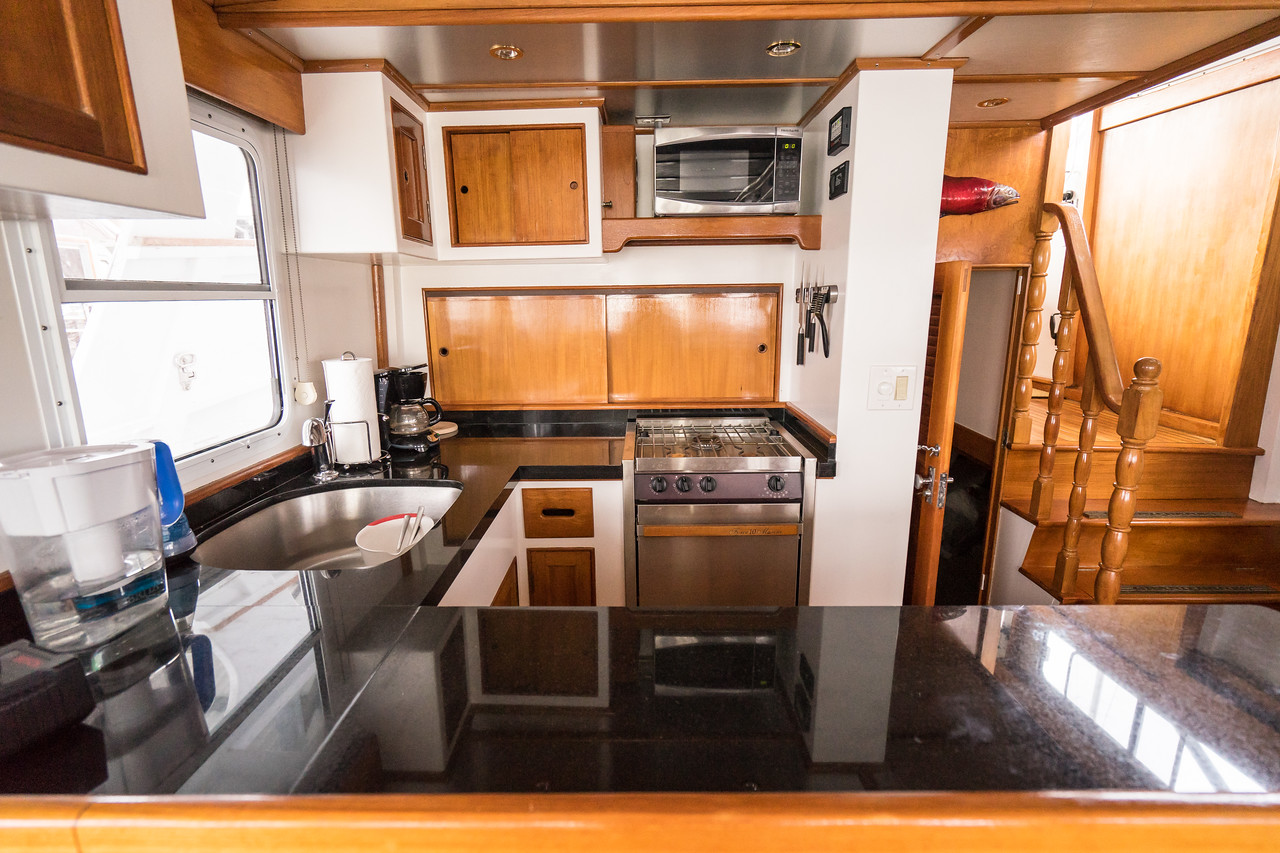 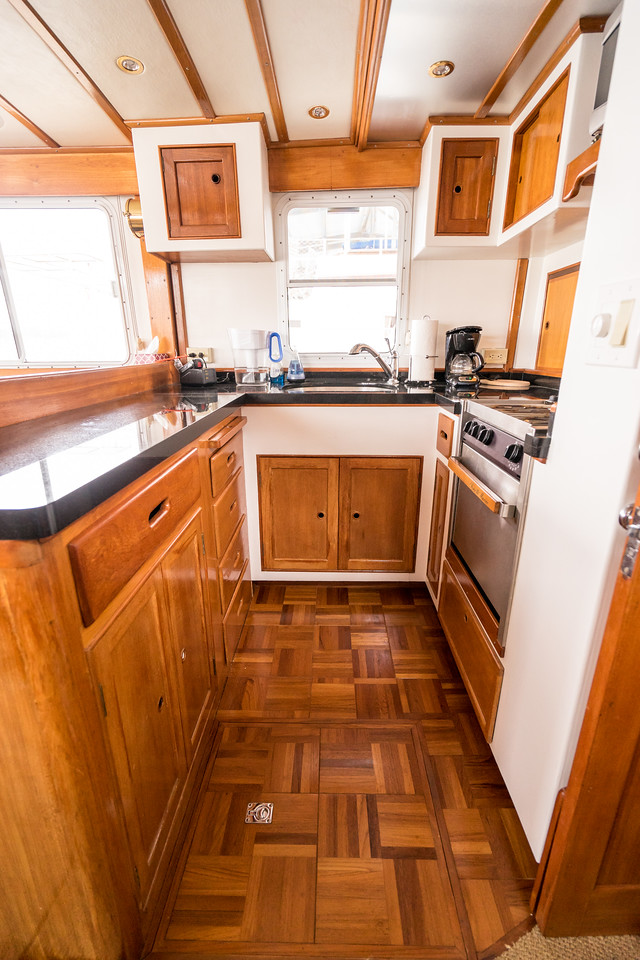 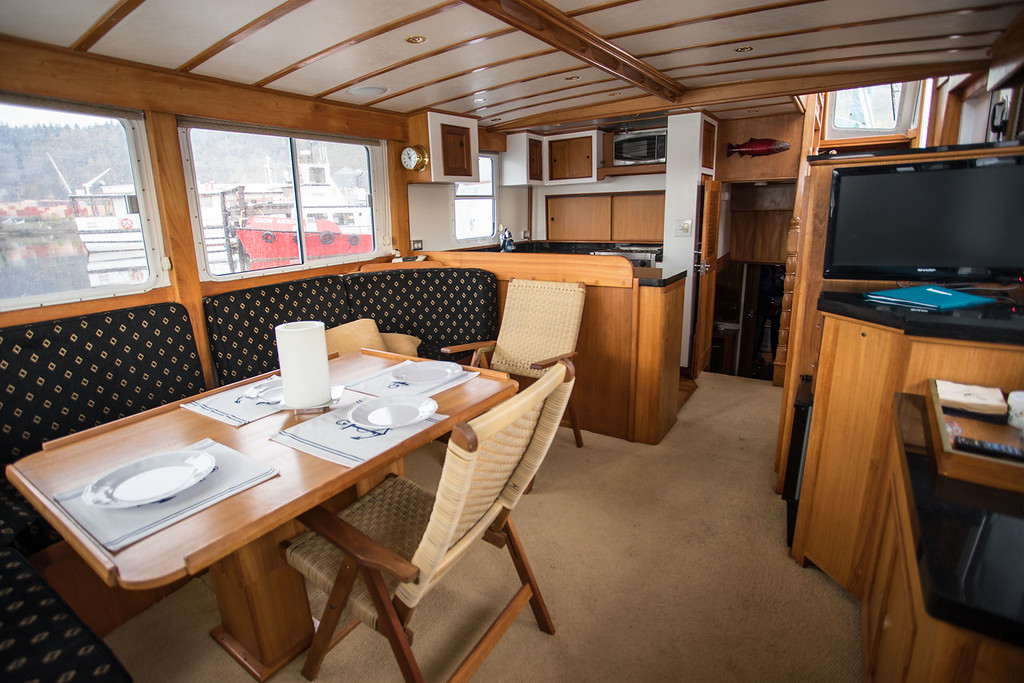 Have you sold your boat?

We haven't sold her yet. Let me know if you have any questions about her.

We are interested, please send me a PM. I have tried unsuccessfully to send you one.

Buffalofartwin - Sorry, but I'm not interested in selling the cover separately.

Onesockbob - I got your PM, I'll send you an e-mail shortly.

Our boat is still available so I made a little video of her exterior. I may make an interior walkthrough video eventually, but I haven't had a chance yet.

Is your GB Alaskan still for sale - I had contacted you about your boat - we were headed to Florida looking at trawlers. We are back and have decided we would rather be cruising/living aboard in the PNW rather than the Florida coast. We are putting together a list of boats to see in the PNW and yours has always been there. Just checking to see if she is still available ? Mark & Jane
zfrieb@gmail.com
707-320-3848

Greetings! I'm trying to reach you in order to view your boat tomorrow 3/21. This web site doesn't appear to be working for PM anymore, so please call or text 312-315-4030. I'm local despite the area code.
Patrick

It is hard to reach you. Is your boat still for sale?
Maybe we are interested in a trade, we have a Beneteau Oceanis 44 CC Clipper completely upgraded and ready for a circumnavigation. What we're doing right now actually.
Hope to hear from you....
verschuijten@hotmail.com

Users browsing this forum: No registered users and 5 guests